Perfect Family Tales And Other Trivia

The art of the short-story writer is that of the cartoonist. It is the magical craft of creating entire worlds with a few simple strokes of a pen. Tales told by an idiot? Maybe! But my tales are also a mix of reality and fantasy; truth and lies; some based on my own family; others, not. Readers must guess which characters are real; who are inventions - and who are an amalgam of both. Please draw the boundaries for yourself.

PerfectlyWritePoetry: Passover in a Year of Modern Plague

‘For Jew and Country’

his is my contribution to the current World War 1 Armistice Day centenary commemorations.

It is a short story written by my late mother, Selina Wood (nee Saltman) and appeared first in the previously titled Manchester Evening News and Chronicle in May 1966.

It is a lightly fictionalised account of what really happened to her father, Israel Saltman, who most sadly went on to die from emphysema (now termed ‘chronic obstructive pulmonary disease’) during World War 2 as a result of having been gassed during the Great War.

There are many examples of Jews, both enlisted service personnel and civilians, whose natural tribal loyalties make them ignore the potential consequences of fraternising with the enemy during a war.

A classic example of this occurred again during the 1982 Falklands War when a British Jewish soldier saved the life of an Argentinian during the Battle of San Carlos because he heard him recite  The Shema -  the central Jewish prayer. Yes. These miracles - smaller and greater  - do happen!

In closing, I must apologise for the poor quality of the reproduction of the original newspaper cutting. I hope it's legible to readers with good eyesight.  This is the Google link:

Since first posting this item yesterday, I have found software that allows me to reformat and edit my mother’s original manuscript so the story will appear as part of an appendix to my planned story collection based on entries in this blog. 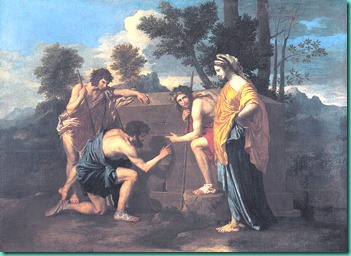 He still won’t wash behind his ears -

or go to shool on Shabbos. 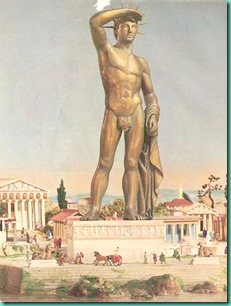 Philip stands upon his burning deck,

It’s clear he dreams of Arcadiae

where he tells ‘em who the boss is!

Very best wishes for a sweet and successful 5778 to all who are celebrating the Jewish New Year. 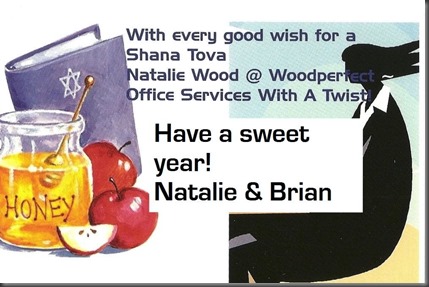 Just Nippon Out for a Banana! 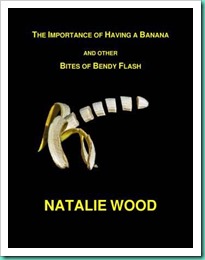 Mr Martin Pavelka knows it's important to have a banana.

In  my sagacious opinion, both Mr Pavelka and Telegraph Travel should have contacted Miss Aviva Brackman for advice.

Let's just say that it's as well that august personage has never flown by All Nippon Airways.

It's Important to Have a Banana and Other Bites of Bendy Flash.

Available as an e-book very soon. 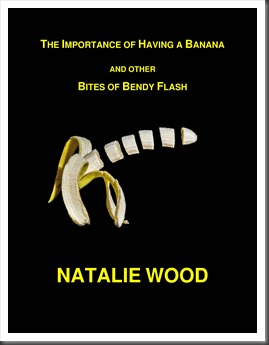 What’s this?” shrieked something behind Aviva Brackman.

“I was here first!” it rasped, poking Miss Brackman’s back so hard, she almost keeled over.

Aviva Brackman and her foe, Mira Donner were pre-Sabbath shoppers at the Megazol Supermarket in Ashkelon. Both were at the check-out and desperate to get home.

“The basket you’ve just pushed away is mine - and this is my banana,” added Mrs Donner, still screaming. “I  left  it  to mark my  place in  the  queue.”

The citizens who inhabit the world of The Importance of Having a Banana ** are quirky, snarky and think most darkly.  The pick of the crop will be on view soon.

It’s important to a have a banana.

** My collection of flash tales, The Importance of Having a Banana and other Bites of Bendy Flash will be available as an e-book soon. 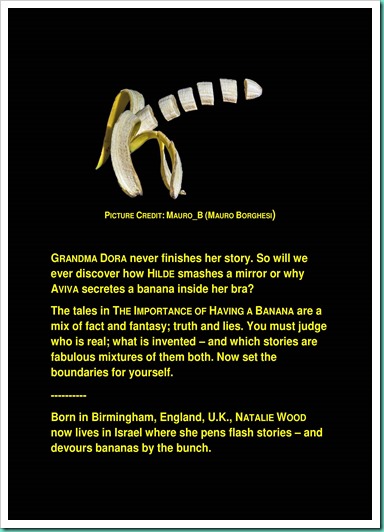 Just Nippon Out for a Banana!

Mr Martin Pavelka knows it's important to have a banana. Do You? In  my sagacious opinion, both Mr Pavelka and Telegraph Travel s...